The assortment of fir trees and evergreens that thrive in the higher elevations of Brevard and Transylvania County is one of the area’s most scenic and treasured signs of life in our mountains.  Among these, the red spruce stands tall and is particularly important not just to our area but to the region beyond.

Known as the “Redwoods of the East,” North Carolina’s red spruce is the largest conifer indigenous to the Southern Appalachians. Its spindly, high-reaching branches rise up like an island in the sky over the high tops of the Blue Ridge, providing color and texture to the landscape and a critical pocket ecosystem for flora and fauna, among them Carolina Northern Flying Squirrels, which are listed as federally endangered. These delightful, furry aviators enjoy a symbiotic relationship with the red spruce via a particular underground fungus. These fungi provide water and nutrients for the trees and receive sugars in return. The squirrels then spread the spores through the forest, which helps the red spruce. 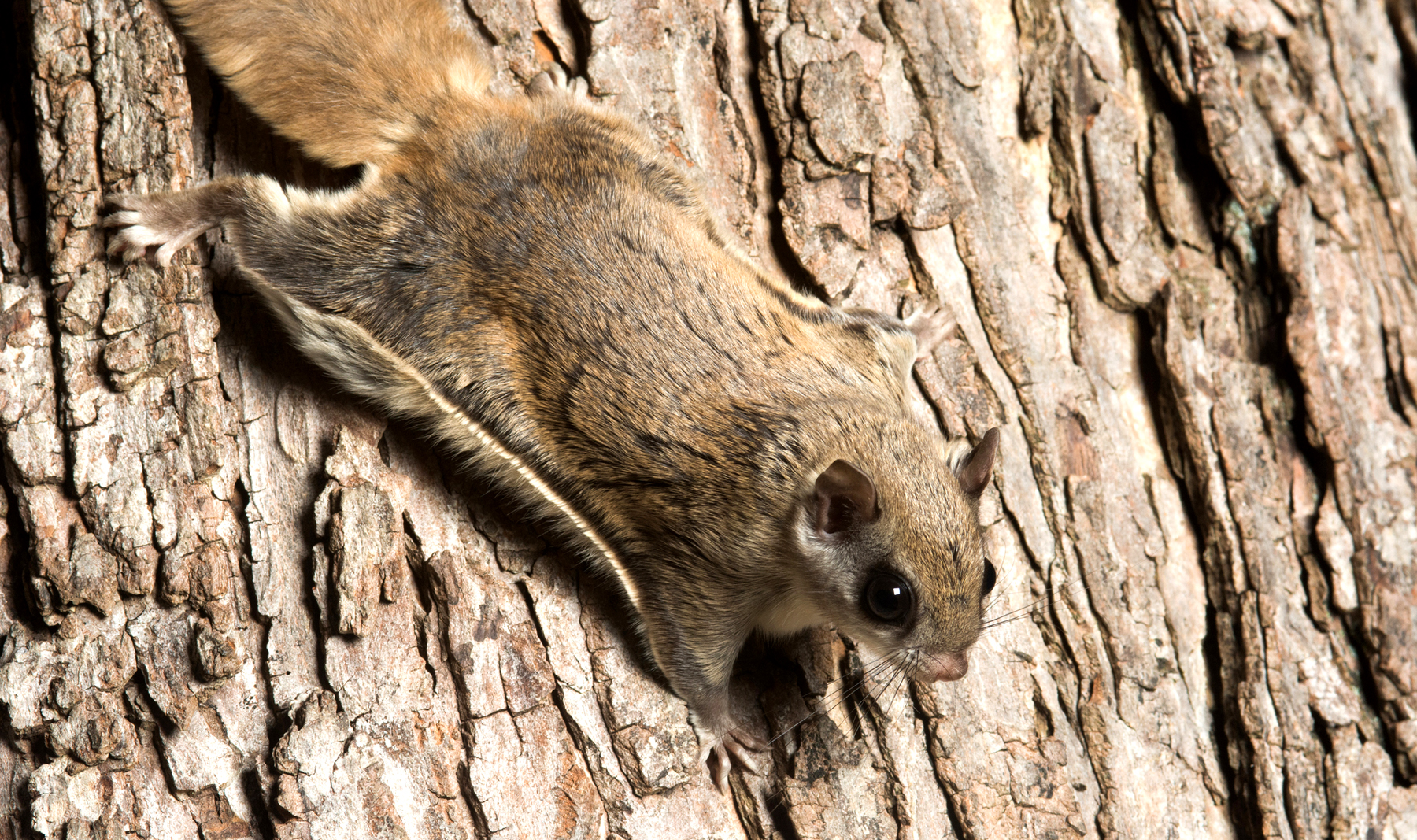 Many decades of logging and wildfires led to a precipitous decline in the Appalachian red spruce by the middle of the 20th century. In 2013, Transylvania County’s Southern Highlands Reserve (SHR), a nonprofit, high-elevation native plant garden and research center, undertook a partnership with the Nature Conservancy to restore red spruce trees to the Southern Appalachians. Two years later, in 2015, the effort was formalized and expanded into the Southern Appalachian Spruce Restoration Initiative with the assistance of numerous federal, state, non-profit, and educational partners.

The initiative has been highly successful. Southern Highlands Reserve has propagated more than 10,000 red spruce trees, 5000 of which have been planted on public land. SHR’s current goal is to plant 50,000 trees and to continue to grow. This will not only increase the red spruce trees but also help to restore the flying squirrel population in the southeast.

This year, as we enter the 2022 holiday season, a red spruce from Pisgah National Forest has been selected as the US Capitol Christmas Tree. This 78-foot-tall giant named Ruby will make its way from North Carolina through Virginia and on to Washington, D.C., starting in early November with stops throughout the state, including at the Pisgah Ranger Station and Visitor Center on Monday, November 7.

Follow @explorebrevardnc on Instagram and @explorebrevard on Facebook to stay abreast of current conditions and the latest waterfall advisories. You’ll also find helpful information on our waterfall safety page, which also includes a short, educational video. 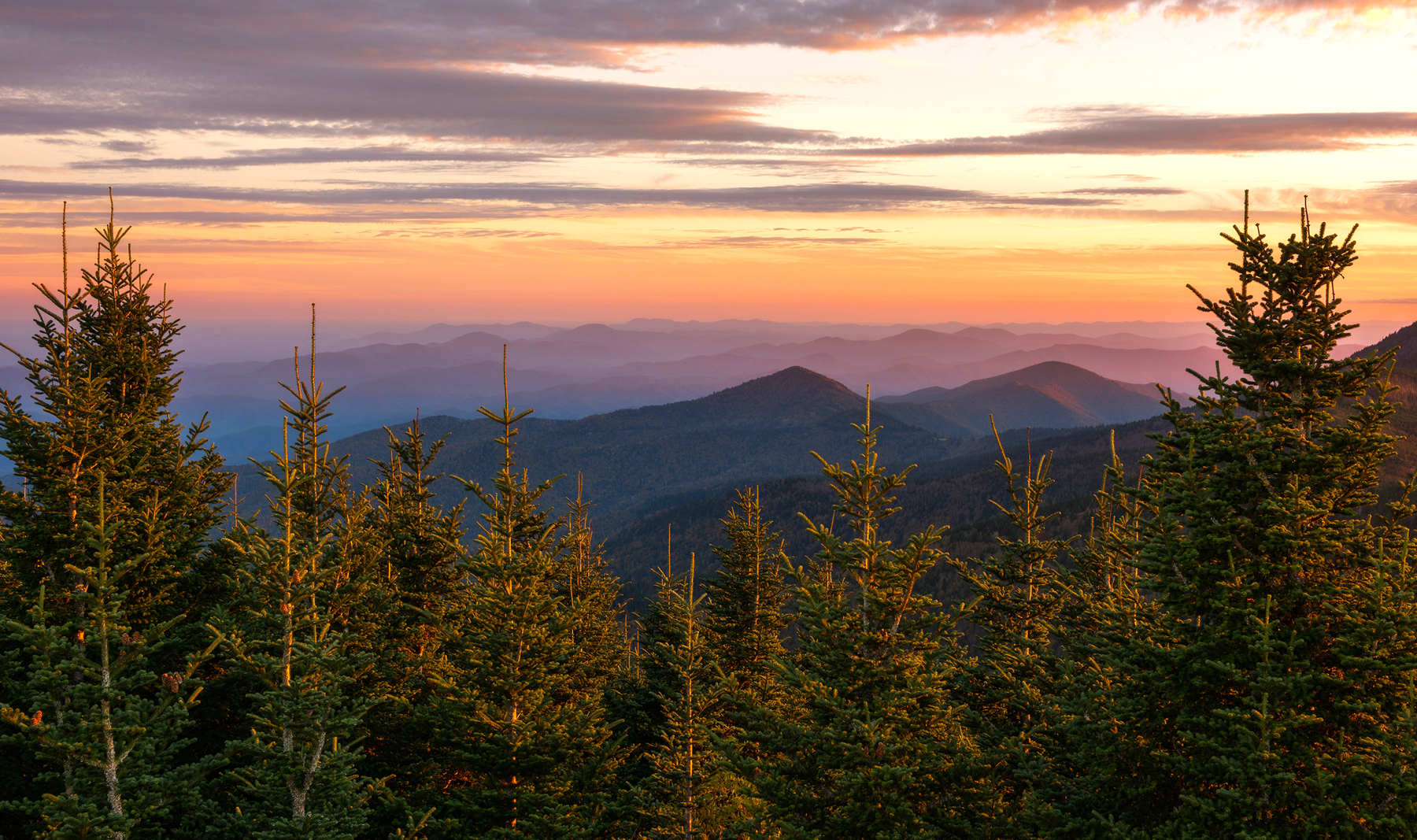 As Southern Highlands Reserve is a national leader in restoring the red spruce population, Executive Director Kelly Holdbrooks has been deeply involved in the initiative.  “We’re so honored to be part of the Capitol Christmas Tree project and follow Ruby to the lighting ceremony in Washington, D.C.,” she said. “This is the result of a decade of cultivating partnerships and combining resources to save this ecosystem. It’s home to so many plant and animal species, and it’s also the backbone for ecotourism in our area. Ruby will be an amazing symbol of light and hope for red spruce restoration.”

If you’re visiting Brevard and Transylvania County, you’ll likely spot red spruce trees along the Blue Ridge Parkway and in Pisgah National Forest, as well as other locations. Less dense than fraser fir, the red field spruce has a redder tint to its bark.  The flying squirrels are nocturnal and tend to be pretty shy of visitors, but campers with a good eye might spot one late at night in the forest.

Southern Highlands Reserve is open for tours by reservation every year from April to October. Visitors can expect beautiful views, lush gardens, and a great opportunity to both learn about indigenous plants of the region and support their conservation and restoration. They’ll proudly share their story and commitment to Red spruce preservation and propagation.  And they’ll even show you how you might take one home with you.  For more information, visit SouthernHighlandsReserve.