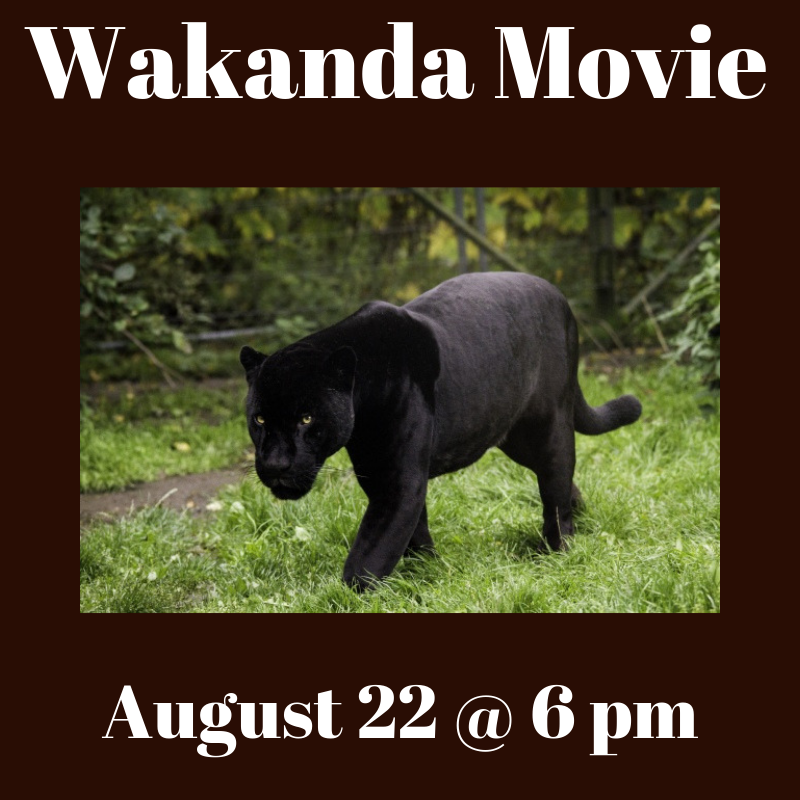 Wakanda Movie
When: August 22, 2019, Thursday at 6:00 pm
Where: Transylvania County Library, Rogow Room
Cost: FREE
Contact: Janet Merrell & Heather Reedy, Circulation, 828-884-3151, x1800
A young king establishes himself and his reign in this Marvel Comics story set in fictional Wakanda, Africa. Nominated for 7 Academy Awards, including “Best Moton Picture,” this winner of “Best Picture – Drama” at the Golden Globes and “Outstanding Performance by a Cast in a Motion Picture” at the Screen Actors Guild Awards is more than a superhero film; it’s groundbreaking. Chadwick Boseman stars as T’Challa and the Black Panther in this film which grossed over a billion dollars at the box office. Guess the movie title or find out for sure at our website.
This FREE program is made possible by the Friends of the Library.

We’ll have the popcorn! Bring dinner if you wish.
RATED: PG-13 Recent Release Connecting Generations
Genres: Drama/Fantasy/Sci-fi
Look for our next showing on Thursday, September 12, 2019 at Noon.